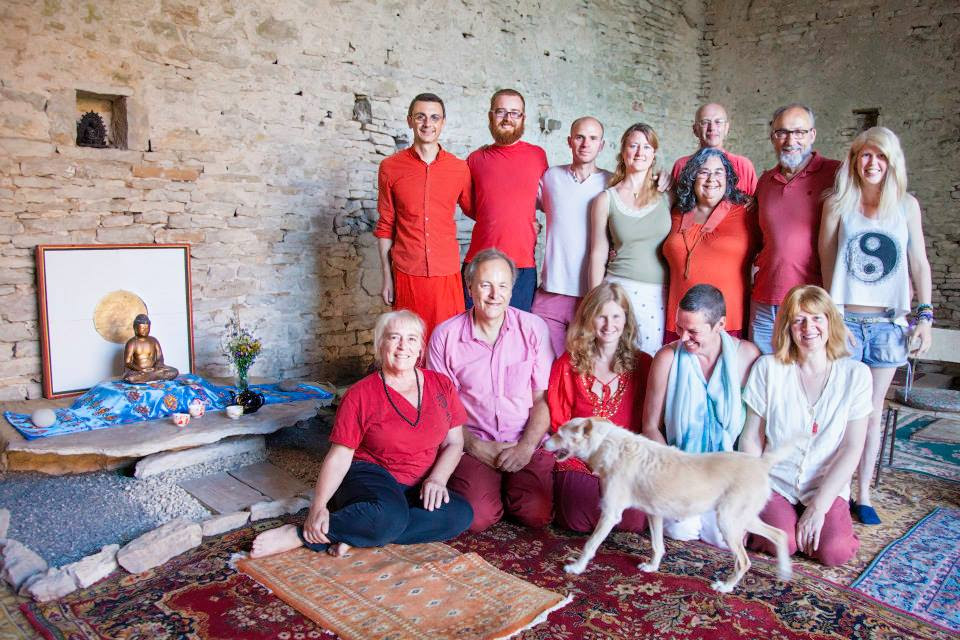 For those of you who couldn't join us, I wanted to give you all a taste of our two weeks of retreat in Bessait-Le-Fromental at Dharmavidya's hermitage, Eleusis. We were an international bunch - the group was Ganendra (Spain), Modgala, Kaspa, Satya, Adam and Caroline (UK), Prajna and James (Canada), Jan (Hawaii), and Maitrisimha, Annetta, and Floor and Jnanamati (the Hague).

Our first week was a Nei Quan retreat and Dharmavidya asked us to pay attention to any thoughts and feelings which arose during practice or times writing in our journals, chasing them and examining them rather than letting them go. We gave daily 'reports' of our findings to Dharmavidya in front of the group which was helpful for individuals and stimulated thought for the rest of the group. Many of us felt great personal shifts, held by Dharmavidya, the daily practice, the group and the beautiful setting.

The second week was the Order retreat which coincided with a heatwave and so we held most of our meetings in the shade under the walnut tree rather than in the stifling attic room! We heard reports of Amida sanghas in India, Malvern, London, Canada, the Hague, Belgium and Spain. The Order retreat is also a time when those who run groups can get support from others in a similar position, and share ideas and experiences.

We were cooked delicious food by Jnanamati, Adam and Floor, and enjoyed much good conversation over the washing up table, going on walks and gathered by the wall in the evening with a cup of chicory. We also enjoyed a swim!

Maybe we'll see you next year... If you'd like to visit before then to volunteer for Dharmavidya in the house or garden, get in touch with Jnanamati for more information.

Dates for your Diary - retreats led by Dharmavidya

There are three opportunities to attend a retreat led Dharmavidya over the coming year - do put them in your diaries.